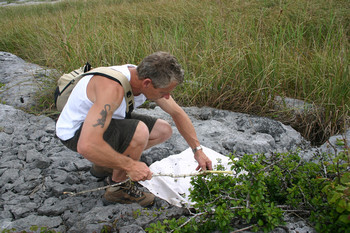 As long as I can remember I have had an interest in wildlife, my father being my biggest influence. Living in N.Devon as a young boy in the 70's I would spent many hours catching insects, pond dipping and even baiting trees with a sugar mix to attract moths.
My interest did wane once I had left school and I was introduced to alcohol and motorbikes (although not at the same time).
By the time I had got to my thirties the interest surfaced again and eventually British moths became my obsession. I have travelled to many parts of Britain and Ireland pursuing this passion and have been fortunate enough to have seen some of the fantastic places and wildlife around us. One of my biggest regrets was not always taking a camera with me to record some of these memories. At this point I never had expensive cameras or lenses but did manage a few snapshots along the way with various cameras.
Now at the age of 50 I have been taken a keen interest in bird photography which will no doubt take nearly all of my spare time as Moth recording did in the past.
I am hoping that by sharing some of these photos on this site that it will inspire others to keep on recording what they see and pass down the knowledge to their children as my father did to me.